Home » iOS News » If This Photo Is Real, Apple Is Planning a Killer iPhone 9 Deal

If This Photo Is Real, Apple Is Planning a Killer iPhone 9 Deal 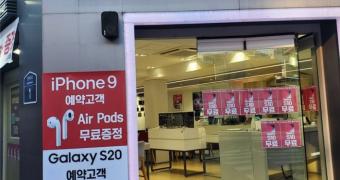 iPhone 9, or the next-generation iPhone SE, is expected to launch in March, according to people familiar with the matter, with the starting price reportedly set at $399 for the base model.

And while this price tag pretty much makes sense given the device is supposed to be a more affordable alternative to the premium iPhones launching in the fall, a photo that made the headlines today seems to suggest Apple might be planning a killer deal for the device.

The image shows an official store of KT, one of the largest carriers in South Korea, highlighting a special iPhone 9 campaign, which would provide buyers of the new device with free Apple AirPods.

iPhone 9 launching in just one month

This almost sounds too good to be true, and it goes without saying you really shouldn’t take this for granted, as there’s a g… (read more)