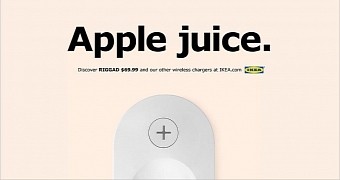 Ikea is once again making fun of Apple, and this time it’s about the wireless charging feature that was announced for the new generation of iPhones.

Some of you might be inclined to believe that wireless charging is a new thing or that Apple is doing things differently. They are not. The company just repackaged a technology that’s been around for a few years into something shiny and made it their own.

It’s not the first time Apple does this, and it won’t be the last. The good part is that sometimes other companies call on them for implementing technologies late or claiming that it’s revolutionary. Ikea is hoping that it can put a little bit of shame onto Apple by showing that they also have wireless charging.

One of the most annoying thing for an iPhone fan or user it to get told that something in his phone was made available in the last year model for an Android device. Now, imagine that som… (read more)