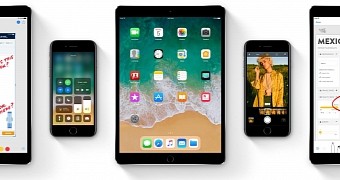 Apple is rolling out today the major iOS 11 software update to supported iPhone, iPad, and iPod touch devices, revamping the iOS experience with new features, new apps, a new file system, and many other goodies.

iOS 11 has been unveiled earlier this year during Apple’s WWDC 2017 developer conference, where the Cupertino-based company told us everything we needed to know about the upcoming features, which we’ll try to present them to you at a glance in a separate article after its launch.

However, it would appear that not all those features will be available at launch, when you can finally update your devices to version 11.0. Some of those who have tried the GM (Golden Master) build of iOS 11 noticed that new features like Apple Pay Cash and Messages on iCloud.

Apple Pay Cash is an Apple Pay feature that should allow iPhone users to create a virtual debit card that they can use for sending and receiving money through the iMessage app. On the other hand, Messages on… (read more)