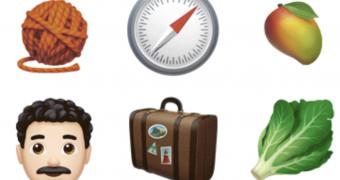 Apple teased us with the new set of emoji since the announcement for iOS 12, macOS Mojave, and watchOS 5, promising us new characters with gray, curly, and red hair, more emotive smiley faces, a new emoji for bald people, a moon cake, a nazar amulet, a red gift envelope, as well as more emoji representing animals, food, and sports.

The major iOS 12, macOS Mojave, and watchOS 5 updates did not include these new set of emoji, which is supposed to bring more than 70 new emoji to iPhone, iPad, Mac, and Apple Watch devices, but now Apple says that they are coming with the iOS 12.1, macOS Mojave 10.14.1, and watchOS 5.1 software updates later this month.

“Emoji are used by people all over the world to communicate,” said Apple in a <a href="https://www.apple.com/newsroom/2018/10/apple-br… (read more)