iOS 13 Bug Breaks Down Touch ID in Some Apps 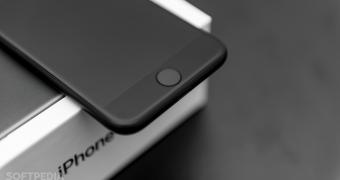 Apple has apparently entered an update frenzy lately, with so many software updates released in the last few days, but this doesn’t necessarily mean that the company managed to squash all bugs.

One of the issues that escaped unfixed concerns iPhones with Touch ID and updated to iOS 13.

According to a report from 9to5mac, owners of these iPhones can no longer authenticate in a series of apps using their fingerprint. The issue appears to be related to the Touch ID API, which got broken down after installing the latest iOS major release.

The prompt to scan the fingerprint when launching apps like mobile banking or even password managers no longer shows up, albeit by the looks of things, it is triggered and running in the background.

The bug occurs on iOS 13 through iOS 13.1.1 and does not affect iPhone models with Face ID, like iPhone X and iPhone 11.