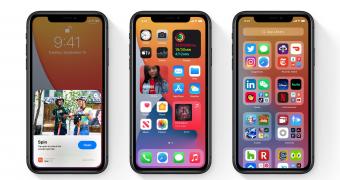 Apple has just released a new public beta of iOS 14.2 to users who want to try out the next important operating system update ahead of the public launch.

iOS 14.2 beta lands two weeks after the first build and only a few days after Apple rolled out the very same beta to the developer channel.

This new iOS 14 update comes with massive improvements, including new Emoji 13 characters, music recognition control in the Control Center to make it easier to find the name of a song using the integrated Shazam engine, as well as a new Now Playing widget for iPhones.

iOS 14.2 is likely to be the operating system that will come pre-loaded on the new iPhone generation to be announced in October. In other words, this operating system update should be finalized in the next couple of weeks, as Apple is expected to announce the 2020 iPhone series on October 13, according to people close to the matter.