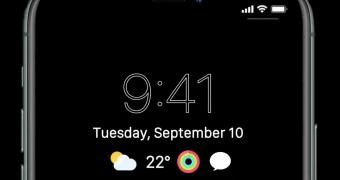 Now that people got bored of iOS 13, it’s time to remind Apple about the things we care most in the operating system the powers our iPhone devices.

A new concept video has surfaced for the next major iOS release, which should be unveiled by Apple in June 2020 during the WWDC 2020 event, iOS 14, designed entirely by YouTuber the Hacker 34. While this appears to be one of the first iOS 14 concepts, it tackles old features that Apple never implemented.

As you can see in the video attached below, the Hacker 34’s iOS 14 concept imagines a new, Android-like call screen UI that drops down from the top and can be dismissed if needed instead of covering the entire display and not letting the user do anything else on the iPhone screen. This is something Apple should consider for iOS 14.

Moreover, the iOS 14 concept proposes always-on display with complications à la Apple Watch, which might be useful, but it also depends on the display technology used by iPhone devices, Spli… (read more)