iOS 16 Brings a Completely New Lock Screen to the iPhone 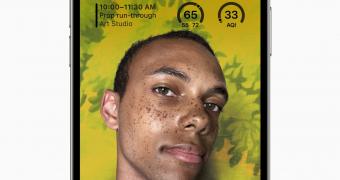 Apple has announced iOS 16 at WWDC, and one of the biggest additions to the new operating system version is support for a customizable lock screen.

In other words, users can now customize the lock screen with their own style, including even various tweaks for the clock and the date.

In addition, Apple is bringing widgets to the lock screen, therefore letting users get information from certain apps without even unlocking the iPhone.

“The Lock Screen gets more personal, beautiful, and helpful with iOS 16. With a new multilayered effect, the subjects of photos are artfully set in front of the time on the Lock Screen, creating a sense of depth. Users can also change the look of the date and time with expressive type styles and color choices,” Apple says.

The lock screen widgets will be more or less inspired by Apple Watch complications, and Apple is also introducing support for multiple lock screens.

In other words, users… (read more)