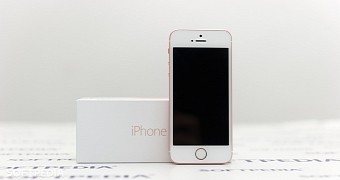 The long-distance battle between iOS and Android continues these days, although the latter is clearly dominating the mobile industry in a way that’s very likely to guarantee the leading spot for many months from now.

Statistics provided by Kantar for the three-month period ending August 2016 show that Android improved in every single market except for the United States, while iOS’ performance was full of ups and downs across the world.

In the EU5 region (France, Germany, Italy, Spain, United Kingdom), Android improved its sales share by 6 percent, reaching 78.1 percent, while iOS posted a 1.1 percent growth to 17.3 percent. The difference is quite huge, despite strong sales of the iPhone SE, as Kantar explains.