iPhone 11 Could Be the Most Popular Model Since iPhone 6 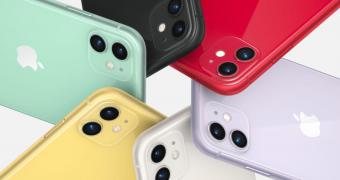 While Apple doesn’t provide any figures on first-weekend sales for new iPhones, estimates coming from analysts around the world seem to suggest that so far, the new-generation iPhone is a hit.

iPhone 11, in particular, which is the most affordable model launched this year and replaces iPhone XR in Apple’s lineup, sells like hotcakes in markets like China, mostly thanks to its lower price.

And it looks like the very same model records huge demand in India as well, with a report from NDTV comparing sales of this model with the ones recorded by iPhone 6 and iPhone 7.

Cheaper iPhone on its way

Most third-party Apple retailers in India registered record orders after the pre-order program started in the country, and retailers like Amazon India an… (read more)