iPhone 12 Will Probably Be More Expensive than Everybody Hopes 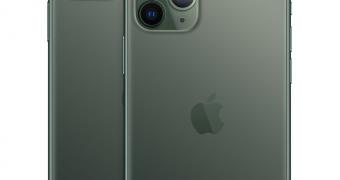 Apple has already launched the Apple Watch Series 6 and a new-generation iPad, so now the announcement that everybody’s waiting for concerns the iPhone.

Projected to go live in October, the iPhone 12 will be available in four different configurations, including a 5.4-inch model that many people expect to be more affordable than the rest of the lineup.

So theoretically, this could mean that the iPhone 12 could be more affordable than the iPhone 11, at least as far as the base model is concerned.

But Apple obviously doesn’t agree with this, and a new leak coming from China indicates that iPhone 12 will actually be more expensive than its predecessor.

No charger but still more expensive

Here’s everything we know so far.

First and foremost, the addition of 5G components is what substantially increases the price of the iPhone 12, a… (read more)