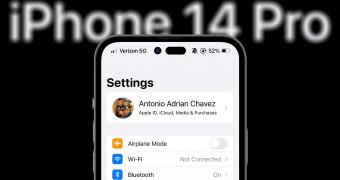 Apple is planning some pretty big changes for the iPhone 14 lineup, and one of the most notable is the demise of the notch on the Pro models.

More specifically, Apple could give up on the notch and instead introduce a punch-hole display that would allow the selfie camera and the Face ID components to be integrated into the screen.

If you believe someone else has already used this idea, you’re not wrong. Front-facing parts integrated into the glass is something that’s quite common already in the Android device ecosystem, with Samsung using a similar approach for most of its flagships.

We’ve already heard that Apple is planning to use a pill-shaped punch hole design for the upcoming iPhone 14 Pro and Pro Max, and a photo published on Twitter earlie… (read more)