Home » iOS News » iPhone 6 Could Have a Defective Battery Too, Recall Also Likely

iPhone 6 Could Have a Defective Battery Too, Recall Also Likely 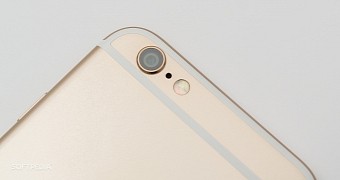 Apple has recently started a recall program for the iPhone 6s after it discovered that some units might come with defective batteries causing unexpected shutdowns, and a new report says that this campaign might be expanded to the iPhone 6 as well.

An official statement from the Cupertino-based firm is not yet available, but Japanese blog Macotakara, which has a good track on Apple reports, indicates that the company is already considering such an option after discovering a similar problem on the iPhone 6 as well.

Basically, Apple says that some iPhone 6s models come with faulty batteries that degrade faster because of longer exposure to air during the manufacturing process. The firm explained that only a “small number” of units were impacted, adding that the iPhone 6s is … (read more)