Home » iOS News » iPhone 7 Could Come in Two Versions, with and Without a Headphone Jack

iPhone 7 Could Come in Two Versions, with and Without a Headphone Jack 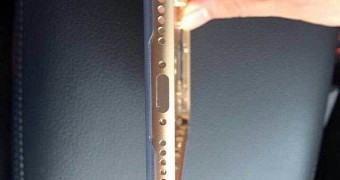 Yesterday we finally got a closer look at the dual cameras expected to be used on the iPhone 7, and now new information coming from China points to a different plan that Apple might embrace as far as the headphone jack is concerned.

One of the most frequent iPhone 7 rumors is that Apple could remove the 3.5mm audio jack to replace it with an all-purpose Lightning port, so this means that the device will require new EarPods or at least an adapter for those who want to use their old headphones with the handset.

But information coming from China’s Rock Fix (via Engadget) claims that Apple is actually planning two different variants of the iPhone 7 with a 4.7-inch screen – one with a headphone jack and another one without it.