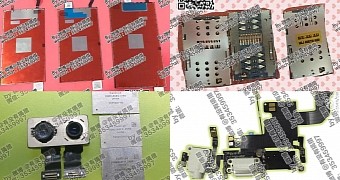 iPhone 7 was expected to give up on the audio jack for an all-purpose Lightning connector, as Apple was believed to be looking into ways to make the device a bit thinner.

As a result, the company was said to be planning different versions of headphones, including Bluetooth and a Lightning wired model, both of which would be provided right in the box to make the transition easier.

Well, you can forget all of these because there’s a new report out there claiming that, no, the audio jack won’t be removed, and yes, you’ll continue to get the same headset version that’s currently available on the iPhone 6s generation.

Engadget reports that Chinese repair shop Rock Fix posted online some photos of what they claim to be iPhone 7 components, including the Lightning cable assembly, which, as you can see for yourselves in these pictures, continue to boast an audio jack.

If these photo… (read more)