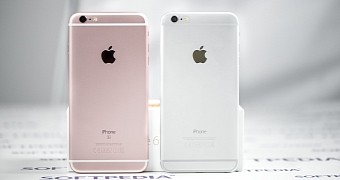 Production of the 4.7-inch version of the upcoming iPhone 7 is believed to have started at a Pegatron facility, as Apple is making one big step towards the release of the next-generation iPhone.

If you’re an Apple enthusiast, you probably recall that a similar report on the start of the iPhone production reached the web nearly one month ago, but it appears that it was actually referring to some prototypes and not to the actual mass production of the new model.

According to famous leaker @OnLeaks, who has an excellent track on phone leaks, mass production has now started “slowly” at a Pegatron factory that’s in charge of building the 4.7-inch model and not the 5.5-inch iPhone Plus.

New features on the 4.7-inch iPhone