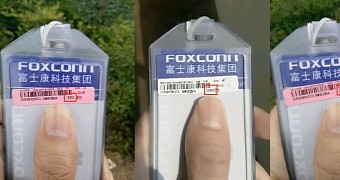 Apple is expected to take the wraps off the new iPhone 7 on Wednesday, and we already know pretty much everything about the new model, although last-minute leaks seem to point to some unexpected tweaks that could see daylight as well.

And new information that has emerged today comes to confirm the storage options for the new iPhone lineup that we’ve told you about, as Apple is making changes that would make a little bit more sense since no microSD card support is offered.

The 16 GB version of the iPhone will be discontinued, so the entry-level model will come with 32 GB of storage, which is quite an important change, given the fact that iOS and the pre-installed apps already eat up at least several gigabytes on each device – and iOS 10 is very likely to take even more space. Previously, the 16 GB iPhone had some 11 GB available because of the pre-installed software.

Three storage options for the iPhone 7

According to today’s leak, which reportedl… (read more)