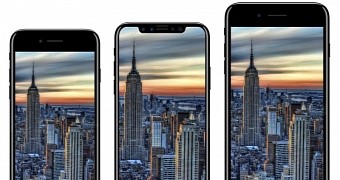 Apple could improve the iPhone 8 camera with a new mode called “SmartCam” that would allow the device to automatically detect a specific scene and optimize the settings for better shots.

Evidence of such a feature was discovered in the leaked HomePod firmware by Guilherme Rambo, who came across several references to scenes that could be automatically recognized, like Baby, Bright Stage, Document, Fireworks, and Foliage. Most likely, if this feature indeed gets the green light, the list of supported scenes would improve substantially, though this is expected to happen after the launch of the iPhone 8 with future iOS updates.

Apple turning to object recognition is not a new thing, as the company has been using similar features in iOS and macOS to power the Photos app and group pictures in the camera roll in categories using a number of scanned objects, such as people’s faces.

If this feature is impr… (read more)