iPhone 8 Could Be Delayed 2 Months, But It’ll Blow Your Mind Anyway 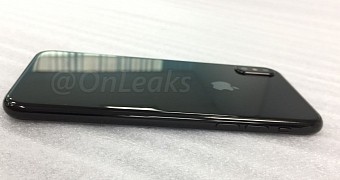 It’s all but confirmed: the iPhone 8 will be delayed and won’t hit the shelves together with the iPhone 7s and the 7s Plus, so the bigger question right now is how much Apple actually plans and affords to hold back its new flagship device.

If you’re asking Morgan Stanley’s Katy Huberty, then the iPhone 8 is projected to launch in October the earliest, though full production of the new model isn’t expected to begin until November or even December. In other words, Apple’s plan could come down to presenting the device at its September event, but with sales only beginning one or two months later.

Initial quantities will be super-limited, which means that only a few people will actually get to buy the device, most likely in the United States, while stocks will be increased to maximum capacity by the end of the year. This, in turn, means the sales peak is more likely to… (read more)