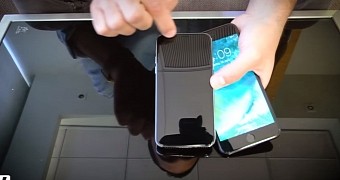 A new video that’s making the rounds today provides us with an early look at the iPhone 8 thanks to a dummy that’s said be 99 percent similar to the model that Apple plans to launch in September.

After seeing a million renders, leaked parts, front panels, and concepts, this video comes to confirm some of the features that make the most sense on a device like the iPhone 8, including the vertical dual-camera system that the company will embrace on the OLED model exclusively.

Apple switched from a single-lens unit to a dual-camera configuration on the iPhone 7 Plus, and it looks like with the release of the iPhone 8, the company will continue on this path with an update: the cameras will be placed horizontally, most likely to make more room inside for new tech.

Wireless charging on an iPhone

This new tech is likely to be wireless charging, as Apple is finally bringing it to its iPhone series, years after Samsung did… (read more)