Home » iOS News » iPhone 8 Plus Now Has Best Camera in The World, According to DxOMark Rankings

iPhone 8 Plus Now Has Best Camera in The World, According to DxOMark Rankings 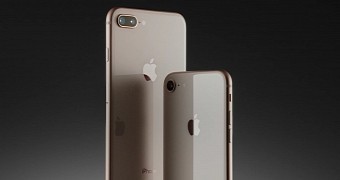 After the new iPhone 8 and iPhone 8+ seemingly destroyed the competition in benchmarks, it looks like the two phones now also feature two of the best cameras on the market.

While getting the best scores in benchmarks is important, the real world is not really about that. For the most part, people want to know if the devices will run their favorite apps and it it will take good pictures. This is where the DxOMark review comes into play because it reveals something very surprising about Apple’s new phones.

With great power come great photos or something like that. The powerful hardware in the iPhone 8 and 8+ seem to do wonders for the software processing. The end result is comprised of photos that are not only much better than what was provided in the previous generation but also much better than the competition.

The new standards for mobile cameras