iPhone Easily Beats Android in the US, Data Shows 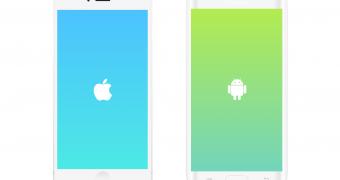 While most researches put Android way ahead of iOS both worldwide and in the United States, new data provided by analytics firm Mixpanel claims Apple’s operating system actually leads the market in some countries.

One of them is the US, where iOS is the number one mobile operating system with a share of 65.5 percent, while Google’s Android runs on 34.46 percent of the devices.

There are several regions where iOS usage is more than three times higher than in the case of Android. For example, 77.88 percent of mobile phone users in Alaska run iOS, with Android far behind at 22.12 percent, while in Connecticut, 76.94 percent of the users own an iPhone. iOS also leads in New York with 72.57 percent share versus 27.43 percent for Android.

This means that Safari has become the leading the browser on mobile, with an average share of 58.06 perc… (read more)