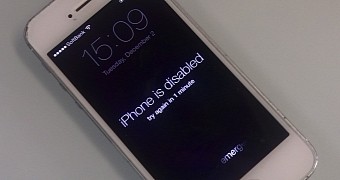 The brute-force attack protection on an iPhone locked out the owner for no less than 47 years after way too many repeated failed passcode attempts.

According to a report from SMCP, it all happened after a child was left watching educational videos on an iPhone, only for the mother to discover that the device was then locked for 25 million minutes.

The explanation of what happened is as simple as it could be: the toddler repeatedly tried to enter the passcode after the device locked automatically when idle, and given the way the protection system on the iPhone works, the lockout eventually reached 47 years.