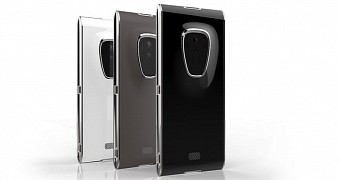 iPhone manufacturing company Foxconn has signed an agreement with Sirin Labs to build the world’s first blockchain smartphone, with the very first units to hit the shelves in October.

Called Finney, the phone is supposed to make it easier for customers to store and use cryptocurrency like Bitcoin, thus trying to make digital coins a more widely-used payment method for daily transactions.

The blockchain-powered phone was announced last September, and since then, Sirin Labs says it received no less than 25,000 pre-orders for the device. It expects to sell at least 100,000 units after launch, with more optimistic voices within the company hoping to reach shipments of a few million units.

Sirin Labs, based in Switzerland, says the device would go on sale in eight different markets at first, as it tries to make it available in countries where cryptocurrency is widely adopted.