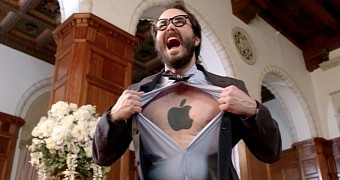 There’s a lot of speculation concerning the price of the upcoming iPhone 8, with several analysts forecasting this would be the most expensive iPhone model so far, with a price tag that’d go beyond the $1,000 milestone.

And while this would indeed make the iPhone 8 a super-expensive piece of technology that many people won’t purchase because of obvious reasons, it turns out that Apple knows exactly what it’s doing when setting such a high price tag for the device.

A survey conducted by Fluent revealed that Apple’s brand loyalty is still very high and only 5 percent of the iPhone owners would switch to Samsung for their next device.

The Apple loyalty has reached 79 percent, while Samsung is behind with 63 percent. Android overall has a 31 percent average brand royalty, but on the other hand, nearly half of iPhone users plan to stick with the Apple device, as no less than 47 percent of them owned at least … (read more)