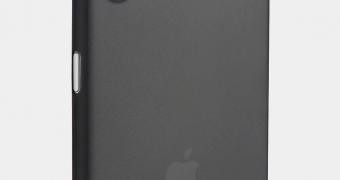 Apple is expected to take the wraps off a new iPhone as soon as mid-March, with sales to begin later the same month or in early April.

And while we’ve heard a lot about this new iPhone model, what we still don’t know for sure is the name the Cupertino-based tech giant plans to use for this more affordable device, as pricing is expected to start at $399 for the base configuration.

Since it’s a successor to the iPhone SE, many believed it was supposed to be called iPhone SE 2, but a few months ago, sources familiar with the matter said Apple was also pondering baptizing this device iPhone 9.

But according to totallee, one rather popular iPhone case maker, the device will almost certainly launch as iPhone SE 2. At least, this is what the company suggests in a new entry presenting new “iPhone SE 2” cases that you can already purchase for $35.