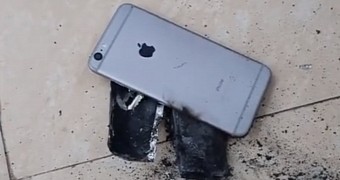 It’s really a bad day for Apple. After a customer revealed that his AirPods caught fire while listening to music, here’s another report pointing to an iPhone that burst into flames with a huge blast in a hair salon.

Details aren’t available right now, but a video published by the Daily Mail shows what appears to be a hair salon in Vietnam, with one woman having her cut and two members of the staff just next to her.

CCTV cameras have caught the moment of the explosion, though the video doesn’t clearly show the device, but only the flames generated by the blast.

And while these are indeed sketchy details, one of the hair salon employees records the aftermath of the incident, revealing that the phone allegedly causing the massive blast was actually … (read more)