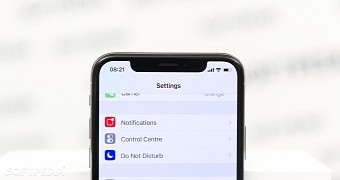 The iPhone X notch has been without a doubt one of the most controversial features that Apple introduced on the latest iPhone generations, with people mixed on whether this is the right approach or not.

While at this point the iPhone X plays a key role in terms of hardware, because it’s the home of the front-facing parts like the Face ID cameras, it barely does anything as far as software goes.

And that doesn’t have to be the case, as this concept from Zeta suggests, as the iOS applications can be developed in such a way that they can get tighter integration with the notch.

Basically, iOS apps can use the notch for UI effects, as it’s the case of the cards generating effect that you can see in the GIF below. In short, pulling to refresh has been re-imagined to use the notch as the place where the card comes out from, giving a nice and modern feeling to an otherwise highly criticized design c… (read more)