iPhone X Plus, Cheaper 6.1-inch iPhone to Use LG Displays 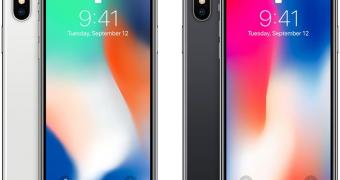 Apple’s plans to reduce reliance on Samsung seem to be working as the next-generation iPhone will use panels manufactured by LG for two of the three models expected to launch.

Apple’s next lineup will include a successor to the iPhone with a 5.8-inch OLED screen, a 6.1-inch LCD configuration, and an iPhone X Plus with 6.5-inch OLED.

According to a new report from Digitimes, the last two models would feature screens manufactured by LG Display, with output to be further increased next year for the 2019 iPhone generation. This means that gradually Samsung would be replaced by LG for iPhone displays, with the South Korean firm to eventually lose the manufacturing contract with the Cupertino giant.

Based on today’s report, LG will ship up to 4 million OLED panels this year, which will presumably be used for the iPhone X plus. Furthermore, LG’s output allows for another 20 million LCD smartphone panels for… (read more)