iPhones Are the Most Popular 5G Smartphones in the States 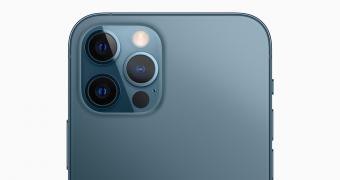 Apple launched the iPhone 12 generation with the full focus on 5G connectivity, and while many said the company was late to the party because, you know, Samsung was already offering such capabilities on its smartphones, new research shows that it really wasn’t.

Data analyzed by speed test company Ookla and M Science and published by PCMag reveals that the iPhone was the most popular 5G smartphone in the United States, with Apple’s device absolutely dominating the charts.

And the charts are even more surprising given the iPhones landed in the fall, so they had just a few months on the market to become the leaders of the 5G push.

Also surprising is that the number one in the charts is none other than the iPhone 12 Pro Max, which is also the most expensive of them all. iPhone 12 is the runner-up, while the third is the iPhone 12 Pro, followed by two Samsung smartphones, … (read more)