iPhones at Risk of Import Ban in Germany and the US 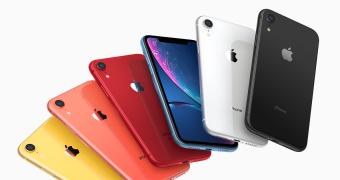 A patent dispute between US chipmaker Global Foundries and Apple supplier TSMC has recently moved to court, with the first hoping to obtain a block on the imports of a series of devices in the United States and Germany.

Global Foundries claims the chips manufactured by TSMC violate on a total of 16 patents that it owns, and as a result, it wants an import ban on all devices that are equipped with the said hardware.

Apple is cited in three of the alleged patent violation documents, and if Global Foundries wins the lawsuit, Cupertino’s devices, including here the iPhone, could end up being banned in both the US and Germany.

Qualcomm also named in the lawsuit

TSMC is one of the largest Apple suppliers, but the company is also working with a series of other tech firms. There are 20 defendants named in the lawsuit, including Qualcomm, Nvidia, Broadcom, Google, Lenovo, and OnePlus.

“While semiconductor manufacturing has continued to shift to Asia, GF … (read more)