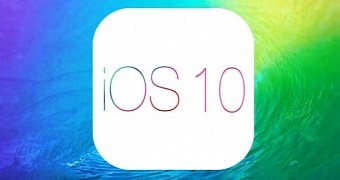 Apple introduced iOS 10 with much fanfare at its September 7 iPhone 7 launch event, but as soon as download links went live a few days later, users have started reporting battery life issues on the majority of iPhones.

Most often, older models such as the iPhone 5s are the ones suffering from poor battery life, but we’ve also seen owners of the iPhone 6 complaining of battery draining super fast after installing iOS 10. Reports involving iPhone 6s, be it the standard model or the Plus, are indicating better battery life, so it is mostly a problem affecting older models more often.

For the moment, iPhone 6s units here at Softpedia seem to be running fine on iOS 10, but complaints posted on reddit appear to be pointing to mixed performance after the update.