Home » iOS News » It’s All But Confirmed: iPhone 7 to Launch with Minor Upgrades

It’s All But Confirmed: iPhone 7 to Launch with Minor Upgrades 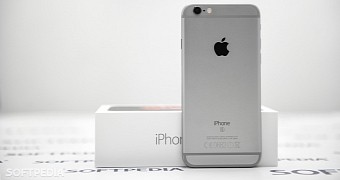 The new-generation iPhone is expected to launch in September and reports that reached the web in the last few months pointed to more or less significant changes planned for this device.

The majority of sources familiar with Apple’s plans, however, revealed that the company was only preparing small changes on the iPhone 7 and now there’s a new report that seems to confirm this.

The Wall Street Journal writes, citing people with knowledge of the matter, that Apple is only aiming for minor upgrades for the iPhone 7, so the device is very likely to come with the exact same dimensions as the current generation. The iPhone 7 will continue to be available in two versions with a 4.7- and 5.5-inch screen, so no, there’s no Pro model in the pipeline as some leaks have suggested.