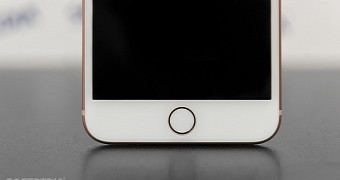 As if Apple’s legal trouble following the deliberate iPhone slowdown wasn’t enough, the company is now likely to be sued by a Korean firm for stealing their tech in order to build the iPhone Touch ID fingerprint authentication system.

Firstface, a Korean mobile company, says it is the actual inventor of the fingerprint sensor that unlocks a smartphone and gets you to the home screen. Apple used it without their consent, the firm’s founders say, despite them trying to negotiate with the company.

A report from The Korea Herald reveals that Firstface registered the patent covering the technology in 2011 in the United States, Korea, Japan, and several other large markets, while Apple first used it on the iPhone 5s launched in 2013.

Shim Young-tack, one of the Firstface co-CEOs, explained that they attempt to reach out to Apple to discuss a licensing … (read more)