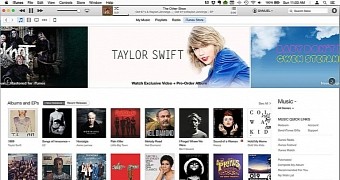 Apple’s efforts to overhaul its business includes not only an increased focus on software and investments in more affordable hardware, but also streamlining its product offering.

And according to a recent report, this could involve phasing out iTunes completely, as the company has already reached out to several publishers to inform of upcoming changes planned for the music service.

An email called “The end of iTunes LPS” and signed by “The Apple Music Team” was obtained by British newspaper Metro, who writes that there’s a good chance that Apple migrates towards a subscription model, planning to stop selling music downloads entirely.