Lost Apple AirTags Can Be Found by Android Devices Too 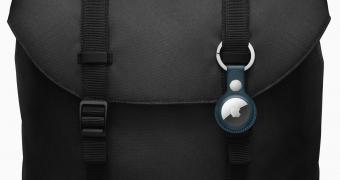 Apple launched the AirTag earlier this week, with the company finally providing users with an easy way to keep track of their items using ultra-wideband U1 technology.

While similar tags have been around for a while, some even released by Apple’s main rivals in the mobile market, the AirTag is still likely to appeal to iPhone buyers who want to track things like keys or other valuables.

But one thing that Apple hasn’t publicly announced is that an AirTag in lost mode can even be found by an Android device.

The company confirms on a support page that any device with NFC sensor can view a Lost Mode message.

At the same time, Apple also explains that AirTag was designed with privacy in mind, so it can’t be used to track people without them knowing.

“AirTag was designed with privacy at its core. AirTag has unique Bluetooth identifiers that change frequently. This helps prevent you from being tracked from place to place. When the Fi… (read more)