Many iPhone Users Planning Switch to Samsung Due to Battery Fiasco 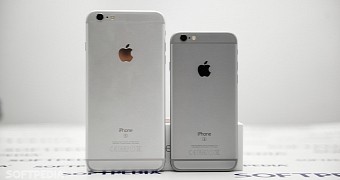 The class action started by five Apple customers isn’t the only thing the company has to be worried about, as many iPhone users are now threatening to switch to Samsung following the battery degradation fiasco.

Apple confirmed this week that it’s slowing down older iPhone models on purpose in order to deal with battery degradation, and this seems to be a very frustrating announcement for diehard fans who are ready to make the switch to rival Samsung just because they are looking for a device that would work in the long term without any performance hiccup.

In the last couple of days, we’ve seen several of our readers claiming that Samsung’s ecosystem is a lot more appealing now after Apple’s announcement, and posts on various social networks seem to be suggesting that the level of frustration among iPhone users has increased substantially lately.