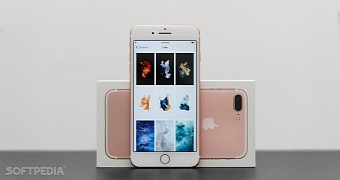 A new study by CIRP reveals that Apple’s iPhone 7 sales were affected by the lack of design changes to the line, compared to the older iPhone 6 and 6s. Apparently, more customers opted for an older model last quarter, instead of getting Apple’s latest phones.

The study reveals that “despite upgraded features like each new flagship iPhone release, the legacy models accounted for almost a third of iPhones sold in the quarter, the highest percentage since Apple started releasing two new phones each fall in 2014,” according to 9to5Mac.

It seems that upgraded chipsets, camera performance and battery life weren’t enough to convince some consumers to opt for Apple’s last year flagships, at least not in the past quarter. But the study does bring some good news too, namely that sales of the iPhone 7 and iPhone 7 Plus were about equal.