More Android Users Buying New iPhones (Not the iPhone 8 Though) 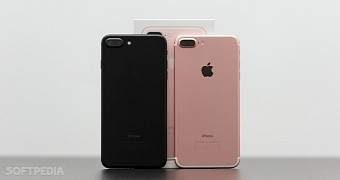 Fresh numbers published by Kantar for the mobile market in the three-month period ending August 2017 show that iOS has recorded a major increase this summer, with Android sales share dropping substantially in several key markets.

In the United States, for example, iOS improved 3.7 percent versus the same time of the previous year, now reaching a sales share of 35 percent, while Android dropped 2.0 percent to 63.2 percent.

In the EU5 period, both Android and iOS increased to 80.2 percent and 18.4 percent, respectively, but in China, which continues to be the largest mobile market on the globe, Google’s mobile operating system collapsed substantially.

Android accounted for 82 percent of the phones sold in China during the mentioned interval, down 4 percent from 2016, while Apple’s iOS improved 4.3 percent to reach 17.7 percent.

The more surprising thing is that Apple has managed to increase its sales share before the launch of the iPhone 8, which means that the maj… (read more)