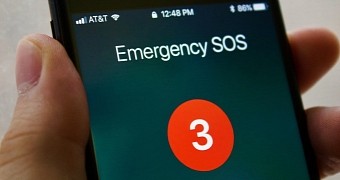 An increasing number of users is accidentally dialing 911 by triggering the Emergency SOS feature on their Apple Watch and iPhone, according to reports, and the police appear to be well aware of the problem.

The most recent such example comes from Twitter user Jason D. Rowley who said in a tweet that he mistakenly called 911 with his Apple Watch when sleeping, and a report from The Verge points to more such misdials happening on both the smartwatch and the iPhone.

“Public service announcement: If you sleep with an Apple Watch on, consider turning off the Emergency SOS feature, or you too may wake up to 3 cops in your bedroom at 1 AM,” Rowley tweeted.

Emergency SOS is a feature available since w… (read more)