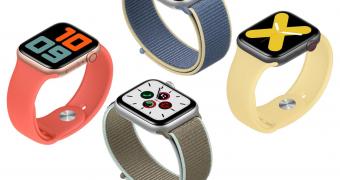 Apple launched the Apple Watch Series 5 last week with much fanfare, but one thing that few people actually noticed is that the company barely talked about the hardware and the performance figures of this new model.

And as it turns out, there’s good reason for this, as the Series 5 doesn’t come with anything too exciting when it comes to the hardware under the hood.

A discovery made by developed Steve Troughton-Smith in Xcode indicates that Apple’s new Apple Watch Series 5 comes with the same chip as the Apple Watch Series 4. In other words, the performance should be pretty much the same given the same-generation CPU and GPU are used, which makes some people wonder if buying the new model is really worth it.

The rock star on the new Apple Watch Series 5 is without a doubt the always-on display, but for many, not delivering better performance than last year’s model is reason enough to stick with the Series 4.

“According to Xcode,… (read more)