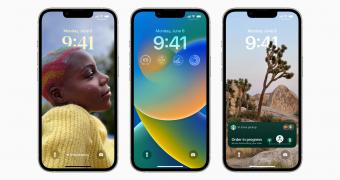 Apple is working on iOS 16 at full speed, and after rolling out a new developer build yesterday, the company is now back with more good news for testers.

More specifically, the Cupertino-based tech giant has just shipped the second public beta of iOS 16, therefore giving testers the opportunity of trying out what’s to come in the operating system even if they aren’t enrolled in the developer program.

While it may be very tempting to install this public beta of iOS 16 to see what’s new in the next operating system version, it’s important to keep in mind that this is pre-release software.

In other words, not only that some features may not work exactly as expected, but apps might not be prepared either, which means they wouldn’t run properly on iOS 16. Most developers would obviously update their apps before the September release of the operating system, but for now, the beta builds are specifically aimed at testers who want to preview the update and send feedback t… (read more)