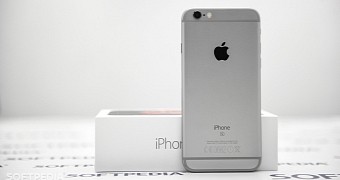 It’s been a while since the last fire incident involving an iPhone, yet a new report making the rounds these days claim to show, with CCTV footage as living proof, an Apple device bursting into flames in a service center without the phone even being touched by anyone.

The device in question is an iPhone 6s, according to ABC affiliate KTNV, and it was brought in store to have its screen replaced because “it cracked when the battery expanded from the heat.”

While it’s not known if the phone was still running at the time of the incident, surveillance camera videos show the iPhone 6s exploding all of a sudden, most likely due to the same faulty battery.

No one was injured, and judging from the footage, the service engineer rushed to another phone, possibly to call 911. Apple hasn’t commented on the incident, as it’s probably investigating.