New iPhones to Feature a Clever Change on the Back 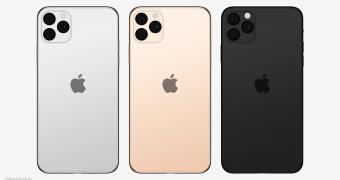 Apple will unveil the new iPhones tomorrow, and just when we thought we already know everything about them thanks to the plethora of leaks making the rounds lately, here’s a new report from Bloomberg pointing to a rather clever refinement on the back.

By the looks of things, Apple wants to change the position of the Apple logo on the back of the iPhone, especially as it’s introducing a bigger camera module.

The logo will now be centered, and in addition to being placed lower than on the current models, it’ll also play a secondary role for a more straightforward charging process of other devices like Apple Watch or AirPods.

Specifically, thanks to the reverse wireless feature, iPhone owners will be able to recharge their other Apple devices, all by simply putting them close to each other. The centered Apple logo will thus be an indicator a… (read more)