New Leak Confirms the iPhone 13 Notch Would Be Smaller 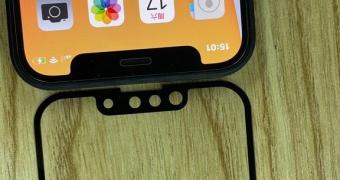 One of the biggest changes Apple is believed to be working on right now for the upcoming iPhone generation is a smaller notch, but of course, this is something we keep hearing before every new iPhone unveiling.

The notch debuted in 2017 on the iPhone X, and since then, people familiar with the matter kept saying Apple wanted to make it smaller, only that no substantial change has been implemented right now.

Photos published by DuanRui on Twitter reveal a comparison shot between what appear to be iPhone 13 screen protectors and an iPhone 12, and as you can easily tell by checking them out here, the notch would be smaller on the upcoming model.

One way to get a smaller notch is to move the earpiece into the top bezel, something that Apple has been exploring for some time but w… (read more)