Home » iOS News » Next iPhone Could Use MediaTek Modems Due to Apple vs. Qualcomm Dispute

Next iPhone Could Use MediaTek Modems Due to Apple vs. Qualcomm Dispute 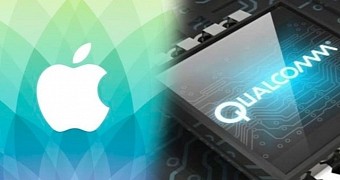 There are no signs that Apple and Qualcomm could come to terms anytime soon, so the iPhone maker is already considering plan B, which involves a potential modem deal with MediaTek for the next smartphone generation.

A report from Digitimes reveals that Apple has already transferred half of its orders from Qualcomm to Intel, and now Cupertino is seeking to further cut reliance on its court rival by signing a deal with MediaTek.

Specifics are quite vague right now and come from unnamed “industry sources,” which means that a certain amount of skepticism is required, though it does make sense for Apple to look into ways that would allow the company to step away from the technologies built by the party it’s fighting against in court.

Apple and Qualcomm have sued each other for patent infringement several times throughout the year, with the latter asking the court to ban sales of the iPhone in the United St… (read more)