Home » iOS News » No, iPhones Don’t Have to Be Cheap to Sell Like Hotcakes

No, iPhones Don’t Have to Be Cheap to Sell Like Hotcakes 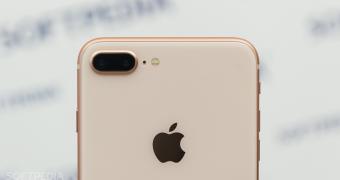 Apple’s 2020 iPhone lineup reportedly includes a little something for everyone. In addition to the premium models that are upgraded every year, and which typically retail for around $1,000, the company also plans to launch a new $399 device that would be positioned as the second-generation iPhone SE.

Many see this model as the highly-anticipated “cheap iPhone,” which according to them could help the company expand in markets where spending a thousand bucks on an iPhone isn’t necessarily possible.

Others believe that Apple making the iPhone SE 2, or whatever it’ll be called, too expensive could actually push potential customers to older iPhone models like iPhone 6s and iPhone 7, or even worse, to Android.

But iPhones don’t need to be cheap to sell like hotcakes.

iPhone SE 2, or iPhone 9 as it’s often referred to, will undoubtedly sell well at $399, as it’s a completely new model that allows existing customers to upgrade to latest-generation hardware at an unbeatab… (read more)