Oops: Apple Stuck with Samsung for iPhone Displays Until at Least 2019 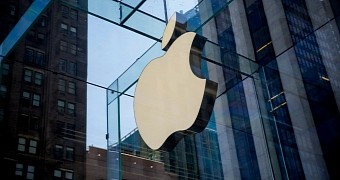 Apple has been rumored to be pushing hard for a partnership with LG that would have the South Korean company manufacture the OLED screens for iPhone models starting 2018, but it turns out that the plan isn’t going well and Cupertino might be forced to work with Samsung for another year.

Even though Apple has a contract with Samsung for the production of OLED screens until the end of 2018, the company wanted to reduce its reliance on the South Korean firm and turn to other companies whose production would be solely focused on its own products.

Earlier this year, it was revealed that Apple invested in a new LG production facility whose own activity would be building OLED displays for future iPhone models. All iPhone versions launching in 2018 and onwards were said to be equipped with OLED displays exclusively.

iPhone 8 delay due to Samsung OLED?

But as it turns out, LG can’t meet the production yield that Apple requested and Apple might have to sti… (read more)