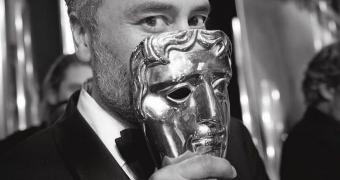 Apple really needs to improve its keyboards. This is the first thing Oscar winner Taika Waititi told journalists during a press conference after the show, explaining that the “horrendous” experience makes him go back to a PC.

Waititi, who won an Oscar for the Best Adapted Screenplay after writing Jojo Rabbit, was asked by the press what are the things writers should discuss with producers the next time they meet.

“Apple needs to fix those keyboards,” he quickly responded.

The Oscar winner hasn’t clearly mentioned the Apple device that he was talking about, but he did suggest that the MacBook is the one whose keyboard is getting worse with every generation.

“They are impossible to write on, they’ve gotten worse. It makes me want to go back to PCs. Because PC keyboards, the bounce-back for your fingers is way better. Hands up who still uses a PC? You know what I’m talking about. It’s a way better keyboard. Those Apple keyboards are horrendous.”