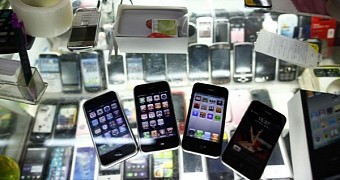 A 54-year-old man from Naples, Italy will spend the next 37 months in jail after being arrested and found guilty on a series of charges, namely conspiracy to traffic in counterfeit goods, smuggling goods into the US, structuring financial transactions, and trafficking in counterfeit goods.

Rosario La Marca put together an international group whose main activity was importing fake iPhones, iPods, and iPads in the United States using members in a series of other locations, including in China.

A Chinese manufacturer called Jianhua Li and based in Hong Kong received $1.1 million for manufacturing fake devices, with the group managing to smuggle no less than 40,000 such devices in the United States.

The goods, however, were fully assembled in the United States, with all devices shipped without the Apple logos to get past the customs. The logos, instead, were shipped separately and applied at offices in New Jersey and Florida by two other members who were in charge of p… (read more)